For 100 years, through two world wars and the Great Depression, one of Australia’s oldest family-owned companies has been delivering quality tools to the world. By Chris Sheedy.

There are very few companies in Australia that can say they have survived for long enough, or provided a consistently impressive workplace culture, to have a staff member stick around for over 60 years. But several days a week Alan Mitchell, who is in his late 70s and now works part-time (having attempted retirement many years ago), walks through the doors of Sutton Tools’ Melbourne manufacturing plant to do the technically demanding job of calibrating sophisticated measuring equipment.

Alan began with Sutton Tools when he was just 15. At the time the company was being managed by Henry George Sutton and Leslie Sutton, sons of William Henry Sutton. William had launched the business in 1917. He had first arrived in Australia from Great Britain in 1912, but as a leading tool engineer he was called back to the motherland to share his technical skills during World War One.

The original manufacturing plant was in Melbourne’s Westgarth, but soon was so successful it had to move to bigger premises in nearby Northcote. Henry and Leslie took over the business in 1940 and continued to build it into a larger operation until 1970, when Bill and Jim Sutton, the third generation, took the helm. Nowadays, when Alan Mitchell comes to work, he is greeted by the fourth generation of Suttons – Peter and Robert. 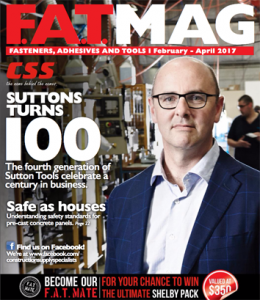 Why value, quality and partnership trump cost in capital investment