Rebuild efforts are ramping up and well ahead of schedule.

Following the fire, the New Zealand Engineering team has built from 10 to 26 staff. This increase through re-deployed production staff has significantly contributed to fast tracking the rebuild process.

In addition, 17 staff from Kaiapoi have relocated temporarily to Australia to help build up local production capacity at both the Thomastown and Maryborough sites. They have been enthusiastically welcomed by their Australian counterparts, providing welcome support in increasing the group’s drill production.

Supply levels are back to 100% in selected ranges.

With 24 hour 6 day per week manufacturing, our Thomastown and Maryborough manufacturing facilities have responded incredibly well. Many of our core ranges, such as Bulk Pack Jobber Drills and Single pack Viper Drills nearing 100% availability. The work in progress and depth of stock in manufacture ensures ongoing continuity of supply and now allows focus on other drill ranges including long series and heavy duty cobalt drills in manufacture.

Furthermore, we have been greatly encouraged by the level of commitment shown by our external suppliers, in supporting our rebuild efforts. They’ve gone over and beyond in ensuring we meet our ambitious rebuild time frame. Local and federal government support has been very encouraging. Glenn Morgan has had the opportunity to meet New Zealands National Party Leader, Mr. Christopher Luxon and Mr. Matt Doocey, MP for Waimakariri, whom he shares regular updates on the rebuild progress. 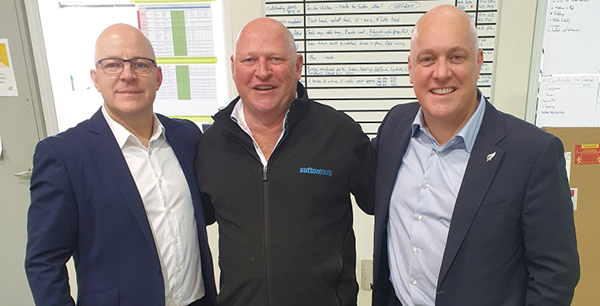 Saving the best for last, we are excited to announce that we have secured a site for the new factory rebuild. A total of 3.86 ha land area in Rangiora, just 8.6km from the current site in Kaiapoi. Construction plans have begun and due to start in the coming months. It is expected to take 12-18 months to build the new factory with similar lead times for new machines, purchased from overseas, to be delivered to the new factory.

We take this opportunity to thank all our distribution and consumer customers for their understanding and support during this period including ongoing support to Australian and NZ manufacturing. We will keep you updated on our progress.